NOTES FROM DOWN UNDAH

I'm writing this post from Melbourne, Australia...I've been "Down Undah" for a little over a week and having a fabulous time. March has been an absolute whirlwind, but then, what else is new?

I began to month in the UK at the Majma Festival in Glastonbury. The theme for this year was "Viva La Diva" and festival director Raheesha and her amazing staff went all out on that front, even choreographing an adorable opening number featuring showgirls with incredibly huge feather headdresses and tributes to icons like Marilyn Monroe, Madonna, Carmen Miranda and of course Queen Elizabeth... It was quite a spectacle! my co-headliners were Manca Pavli, a gorgeous tribal fusion dancer from Slovenia and Khaled Mahmoud , who brought the house down twice during the festival, leaving mouths agape with his crazy, energetic shaabi performance.

On the way up to the festival, the Royal Chauffeur Layla brought me to Stonehenge. I was surprised to see a cluster of helicopters hovering overhead and then found out that one of the UK's largest military bases is nearby- I now refer to the landmark as "Dronehenge"!

Just days after arriving back in LA, I left for Australia-the flight was LONG but it was so worth the jet lag. My first show was with Kylea Hartley of Tribe Vibe, at her amazing Vaudeville Club. Since the Adelaide Fringe Festival was on at the time, Kylea was able to pull from a pool of fantastic performers who'd come to Adelaide from all over "Oz" , including brilliant slapstick actor/dancer/comedian Rod Lara , glamorous snake dancer Flavella Lamour, and strongman Mr. Plonk, who lifted up four women ( selected from the audience) as they sat on swings attached to a long bar he hefted up on his shoulders!
The workshops the next day were held at Cinnebar Red dance studio, owned by the lovely dancer Evangeline . Because it was also my birthday , a couple of the gals baked me a cake, and Evangeline gifted me with a gorgeous tiara she'd made by hand using vintage rhinestone pieces. I was speechless with shock ... And once again blown away by the generousness of the members of the worldwide dance community!

That night, Kylea took me to The Fringe Festival , which I can only describe as a cross between a cool old vintage carnival and... Burning Man meets SRL . There were crazy mechanical contraptions built by mad geniuses , wild sideshows full of antique carnival artifacts and weird fringes acts going on everywhere in tents and on the midway . We saw the alternative circus show "Limbo" which featured incredible acrobats from all over the world, hot Fosse style jazz dancing, contortionists, fire eating, magic illusions and aerial acts. As we left the midway, sideshow artist The Space Cowboy juggled three chainsaws... And they were running! Happily, he didn't have an accident!

Kylea's home is in Aldinga Beach, a remote ocean-side community just outside of Adelaide. It was just a short walk to the beach and literally steps into the bush... We went on our own little "walkabout" and saw lots of kangaroos in the wild... When we finally walked back to civilization, I actually started to cry it was so amazing! The next day we went to Urimbirra wildlife preserve , where we saw wombats, emu, koalas bears , wallabies and over 80 kangaroos...which you could pet and feed!! I was in heaven- and now I totally want a kangaroo for a pet!!

Melbourne, located in a different state that Adelaide , is large cosmopolitan city and full of terrific dancers. My hostess Alia has been solo soliciting to my every Royal whim. The classes were held at Azura's Oasis, a lovely studio on Sydney Road, and I did a show at La Di Da with Sapphira's Showgirls. Sapphira is an Aussie, but we'd met and worked together years ago in London, at her popular Shimmy Shake show in Soho, a belly dance and burlesque show highlighting the best of both genres. The show in Melbourne was similar with beautiful belly dancers Bella and Ianessa, and hot burlesque performances from Miss Honey Potts and Sapphira herself.

Last night, Alia held an all 1920's themed extravaganza at The Heidelburg Center in the historic Ivanhoe section of Melbourne. The venue was lovely, all Art Deco and complimented the show theme perfectly! Azura and her troupe started the show off with an adorable Charleston number which really set the theme for the evening. Many of the acts were vintage/ flapper/ 1920's themed, like the sword dance done by the Ma-Ahmala duet and the peacock number by Trisnasari and her students, which looked like an Erte drawing come to life. I was really pleased to see a number of superb male dancers, too, including Aussie fusionista Baze (who said once he saw Rachel Brice , he never looked back) and Greek dancer Jimmy Hellas, a cat- eyed, athletic performer whose been dancing all his life. Crowd pleaser Ferdie blew me away too; Turkish and Macedonian, his stage presence was brilliant and sassy, he flirted with the audience shamelessly as he put on a fierce cabaret show. Everything I'd hear about him was true-- and more!!!

Anyway, that's about it for now...I'm having the time of my life Down Undah, and here for a few more days before I hit Honolulu for MEDAH workshops and a show on this Friday, March 29 at The Venue, 1144 Bethel St. If you're on the Island of Oahu, I hope you'll join me! 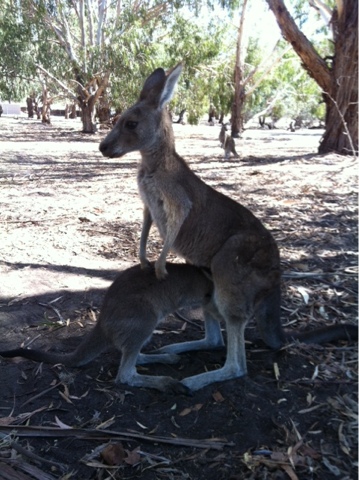