Even though dancers are artists,  we are also individuals who are running a business. That means that  we are usually independent contractors,  and most of us  often do not have an agent or manager looking out for our best interests when it comes to gigs! If you follow this blog, you’ve  undoubtedly seen me mention the importance of contracts  for gigs, especially  for private engagements.

A  gig contract will  spell out everything that you and your client have agreed upon in the course of gig negotiations, and clearly states  your terms and conditions for taking the job, as well as what the client agrees to provide.  Your contract doesn’t need to be a jumble of legalese, but should include  points on everything possible to, for lack of a better phrase,  cover your ass  so your job will  run as smoothly as possible! The contract can be  signed and mailed or scanned and sent via email, usually along with a check or Paypal deposit.

For dancers, every work situation is different, and the contract should reflect these differences.

If you are teaching at a  major festival,  a local or out-of-town studio,  or working  at a night club, on a video, corporate event or whatever, they  will  probably have their own contract for you to sign, and will also provide you with the appropriate  tax forms. However, for private parties and “neighborhood” gigs such as street fairs or restaurants,  there may not be a standard contract, so it is up to you to provide a contract, for your own protection. As an independent contractor, it will also be your responsibility to keep track of your earnings, and declare them on your taxes.

Below is a sample idea  for a contract covering an individual performer working at private party or one-off gig. Use this for reference only.

Depending on your requirements, you can make changes to  this sample as needed.  Obviously, if you are working with a troupe, or doing an aerial or  fire performance or some other potentially dangerous           ( to the audience, venue or yourself)  type of performance, these needs must be discussed and agreed to, and you will often have to provide  proof of insurance, or check with local  or state regulations covering this type of show.

Client agrees to communicate any other special request(s) to Artist at least one week (seven days) in advance of performance.

If mutually agreed upon, Artist will encourage audience participation towards the end of the performance set.

Client agrees to provide an adequate sound system capable of adequate volume and an operator, which will be tested/sound-checked  prior to performance.

Client will provide  a clean and safe performance area
free of debris, electrical cords, spilled liquid. If there are children present, Client agrees to make sure they are supervised and have no access to the performance area during the run of the show.

Client agrees to provide  secure, private space for Artist to change into costume and to store personal belongings while performing.

Balance of payment to Artist is due in cash immediately following the performance, in the amount of $_______.

In the event of a cancellation on Client’s part less than one week (seven days) prior to the event, Artist requires payment in full.  If Artist’s performance time is pushed back by 30 minutes or more, a Wait Fee of  $_______ will apply. Client’s initials:______

This contract is agreed to and accepted by:

You can purchase a signed copy of “The Belly Dance Handbook” by Princess Farhana here:
http://www.princessfarhana.com/shop.htm 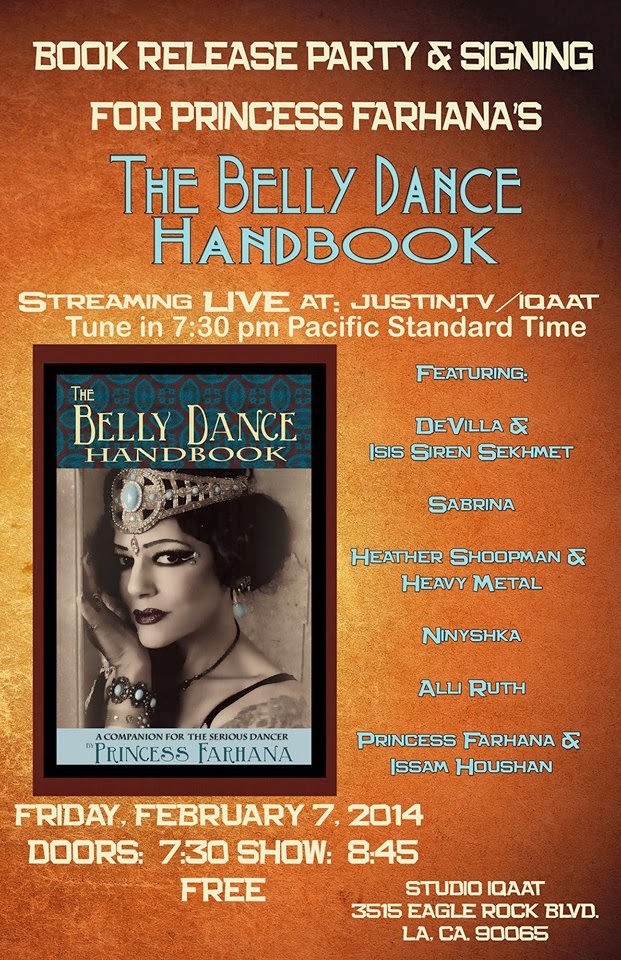 Posted by Pleasant Gehman/Princess Farhana at 9:57 AM 184 comments:

A dancer who is a superlative technician but who lacks “that certain something” will almost never be able to hold a handle to a performer with competent skills, but with that extra captivating appeal… the kind that means the audience can’t take their eyes off you. Many people believe that only a few very lucky people are born with presence. In real life that may be in a small part true, but for work on stage stage presence is learned skill, a technique that can be developed by anybody!

As with the learning curve for any skill, developing great stage presence will take some time and effort. You might want to take an acting workshop or a few classes, but there are also plenty of things you can do during your home practice to start honing your stage presence, too.

Start With The Basics And Give Yourself Permission To Play
Whether you are in class or practicing on your own, remember that stage presence is a learned technique- so put that concept into action immediately. As you drill your technique, experiment with different emotions in both your facial expressions and in bodily gestures. This way, your brain will be working twice as hard, processing what you are doing physically and emotionally. Like any sort of muscle memory, after a while, your attitudes and expressiveness will become second nature.  Work up an entire repertoire of different emotions, and be fearless in expressing them!

Believe In Yourself
Remember when you were a child? You weren’t self-conscious when you were at play; you gave it your all, not caring who was watching!  You became completely absorbed in what you were doing within the realm of your own imagination. You really thought that your teddy bear was a sparkling and witty conversationalist! That’s the level of imagination and “what if” commitment that you need to develop for your stage work.  Remember, if you don’t believe what you are doing, the audience won’t, either. Be fearless!

Musicality Matters
Musicality is another somewhat mysterious attribute- but it’s also a very necessary part of a dancer’s stage presence.  Musicality is basically feeling-and illustrating- the music; but it’s also emotional.  It means feeling not just the beats, rhythms and phrases of a piece of music, but also having regard for nuanced pauses, smaller lyrical embellishments, and the feeling of the music in general.    Try listening to music while you are sitting down, and breath along with it… you’ll begin to really clearly “see” where the pauses, crescendos and slower parts all fit together.  Close your eyes and let yourself really see where the music takes you emotionally.

Try A New Approach
If you are used to doing choreography a certain way, take a different perspective.  If you’ve been focusing mainly on movement, run the piece focusing on facial expressions only. Try it again, only this time, concern yourself with adding expression and intent to your arm work. If you’ve been dancing this piece in a holding back a little, dance it full blown; if you’ve been performing athletically, try dancing in a more restrained approach. This work in opposites, as well as concentrating on different aspects of your dance can make it newer, fresher and more audience accessible in the long run.

Have Fun
Remember, dancing is a living, breathing art…and while we should be taking dancing seriously, we don’t need to always take ourselves seriously!  Relax; let your intuition take over, and have a great time doing something you love! 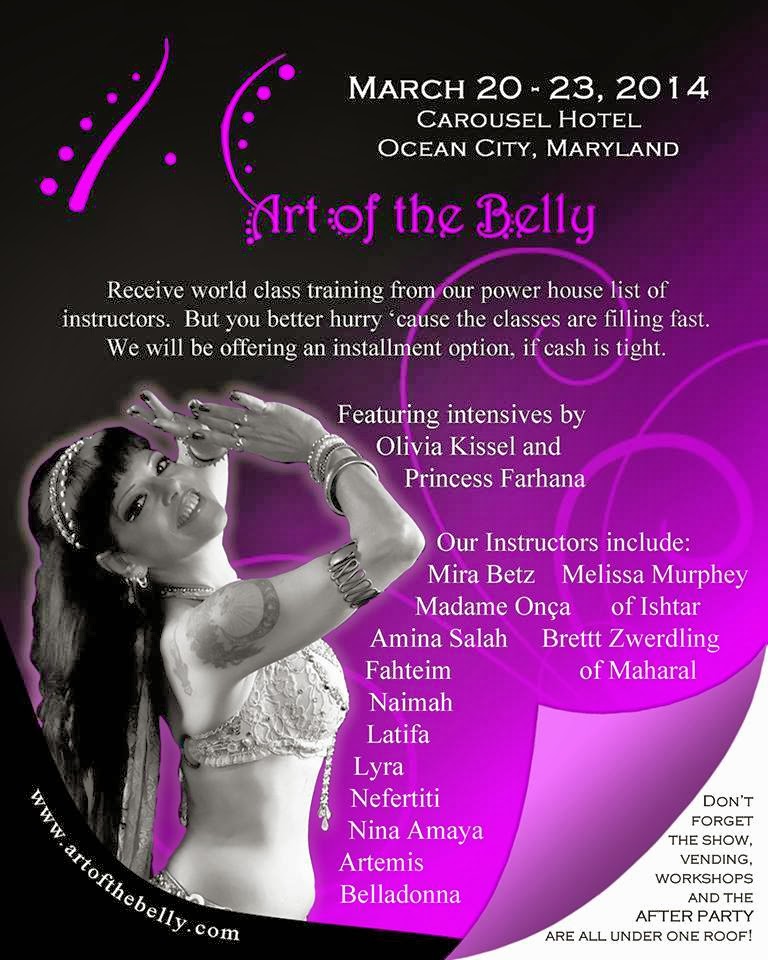 “The Belly Dance Handbook: A Companion For The Serious Dancer” by Princess Farhana is available on Amazon:
http://www.amazon.com/dp/0615938310/ref=rdr_ext_tmb

Posted by Pleasant Gehman/Princess Farhana at 12:24 AM 4 comments: 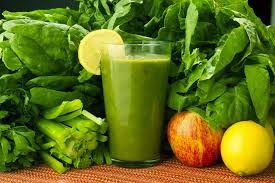 If you want to start the New Year off in a healthy way, the best thing you can do for yourself is to drink green juice.  At the risk of sounding like a preachy health nut, I gotta say that this practice  has really changed my life...and my body!

I make my own and drink it every day. Drinking the homemade juice concoction  and staying well hydrated with water will  supply you with much-needed nutrients and antioxidants, make your skin glow with health, give you boundless energy and shiny hair, keep your muscles and tendons supple and dance-ready.

Bottled green juice is available almost everywhere, but it’s expensive…and some brands masquerade as “healthy” but they’re actually loaded with sugar, and all the natural fiber of the veggies is lacking too. When I make my own juice, I don’t use a juicer. While these gadgets are great, I like to make a chunky smoothie because it  retains the nutrients and fiber of the fruits and veggies I mix into the batch. Not only that, many of them  are impossible to clean!

I use a Nutri-Bullet ( my new favorite toy!)  which is a power mixer that has two different sized cups –including to-go tops- and two different blades as well. It’s super easy to clean, and once you’ve blended your smoothie you can pop on the to-go lid and head out to dance class.  If you don’t own a Nutri-Bullet,  don’t let that stop you! A regular blender will do just fine.  I used one for years, it’s just a little harder to clean and you have to churn it longer than the Nutri-Bullet.  But hey, it’ll serve it’s purpose.

The juice recipe I’m about to give you will turn a sickly, almost fluorescent shade of green, but man oh man does it taste good! The texture is silky from the  banana, refreshing from the cucumber and celery, and sweet from the fruit.  It doesn’t in any way, shape of form taste bitter or “Good For You”, i.e. Gag Worthy.

Here’s what you put your the blender- this makes enough juice/smoothie to drink all day long!

3 or 4 large handfuls of fresh kale

2 or 3 large handfuls of fresh spinach

Mix in  about a cup and a half of water…or water  mixed with  fresh or  store-bought orange juice, brewed and cooled green tea, or even almond milk or coconut water- your choice!

Sometimes I add ( or substitute) fresh or frozen berries, orange or tangerine segments, chunks of mango or peaches. Once in a while, I’ll use a dollop or two  of Greek yoghurt.

You can also put a tablespoon of protein or greens powder into it- or both… or add chia seeds, flax seeds or ground cinnamon, they all have anti-oxidant properties!

Blend well, drink up, and be well!

You can find it on www.amazon.com or get a signed  copy on www.princessfarhana.com

No matter what style of belly dance you do, or if you didn't know there is more than one style, you need this book in your arsenal. Everyone will learn from this world-renowned dance master's experiences. After all, not just anyone earns the title Princess!

Princess Farhana entertainingly brings you everything (really everything!) you need to know about navigating the treacherous waters of becoming a professional dancer…or a consummately polished performer. Sew a secret compartment in your dance bag for Princess Farhana’s gem of a book, and take control of your destiny!

Princess Farhana brings us all closer to the dancers we would like to somehow become, the dancers we want to grow up to be. She is absolutely glittering, shimmering and pulsating with life – which is what you want in a dancer, a teacher, an artist, a friend, a mentor, and a force of nature.

Posted by Pleasant Gehman/Princess Farhana at 12:38 PM No comments: