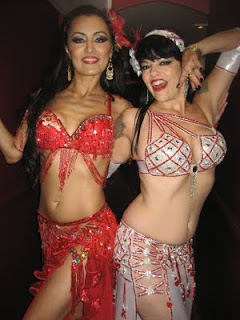 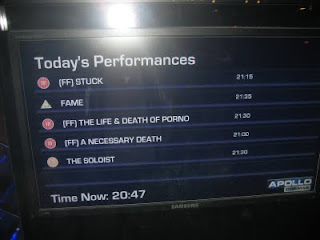 Life has been a whirlwind lately, but for me, that's nothing new!

My recent UK trip was fabulous- I heart London anyway, and consider it my home-away-from home, but this trip was special because I was going to the World Premiere of "Stuck!", Steve Balderson's homage to women-in-prison movies and Cinema Noir. "Stuck!" was playing for the first time ever at the Raindance Film Festival, and since I portray Dutch, one of the main characters- and hadn't seen the movie yet- I was bubbling over with feelings of anticipation...and anxiety! Lots of the "Stuck!" crew were making the trip, in addition to Steve and his family members, friends and production assistants Tony And Michael from Macon, Georgia ( where the movie was shot last spring) and some of the other actresses/ jailhouse gang came along, too: Starina Johnson, Susan Traylor and Stacy Cunningham. Stacy's mom came along and Starina and I had UK pals in tow- her delightful friend Ben and my close friend and music publisher Paul Jordan were with us almost the entire time. Our 'cellmates' Mink Stole and Jane Wiedlin stayed in the States to present the film at another festival in New Mexico, along with screen-writer Frankie Krainz. Oh, did we miss them! I was totally touched and excited to see lots of my UK dance friends at the premiere, including Heike Humphreys and hubby Woz,Joan, Tree, Lynne Chapman and hubby Alan Lenton.

We were all only in the UK for four days, and they were packed full of sight-seeing and celebratory dinners with the wine flowing freely. The movie was playing at The Apollo Cinema in Piccadilly Circus and on the way there, I was as nervous as a gal on a first date...and not only because my cab driver was a suicidal nut from Bengladesh who kept screaming "SHIT!! I MAKE MISTAKE, I MAKE MISTAKE!" as he pulled U-turns directly in front of on-coming double-decker buses in the middle of the street!

The movie passed in a blur, because seriously, watching yourself on-screen in a movie theater is definately a surreal experience- just ask anyone whose ever done it before! But the audience seemed to love it, and all of the reviews coming in have been fantastic, more than, i think, any of us could have ever hoped for. The movie will have it's proper theatrical release next year, but for more info on "Stuck!", and the multiple national and international film festivals where it's playing in the next few months,you can visit www.stucknoir.com

As soon as the premiere was over with, like Cinderella, my life turned from movie star to back to belly dancer.

My good friend, the incredible Turkish dancer Ozgen had arranged for me to perform as a special guest on Sunday, October 11 at Archangel in Kensington, which he assured me was a very "posh" club. Friends who live locally in London confirmed to me that the place was totally a celebrity hang-out, but being from Hollywood, I don't really care about that sort of thing.The evening, billed as a Belly Dance Cake Party, was overseen by Jalya, an amazing dancer and a gorgeous person, both inside and out. As I walked in to the place, I was astounded by the sheer volume of people crowded into the place! The dancing had apparently already started, because the crowd ( which entirely filled the place and was spilling out into the halls and cloak-room) was going absolutely wild over someone who was dancing ( it was so packed I couldn't even see her!) screaming and hollering and taking pictures. I made my way to backstage, dodging countless girls in belly dance costumes and sparkly caftans and met Jalya, who was wearing a jaw-dropping, fire-engine red Bella costume. I immediately wanted to mug her and steal it, but I figured not only that it wouldn't be polite, but might possibly ruin the long-standing diplomatic propinquity that the USA and Great Britain had going on.

Time whizzed by as I watched the talented dancers, including Solaris, who performed with with a humongous albino Boa Constrictor and Johara (lovely!) and then it was time for my show. As I danced, I felt bathed in a flood of British Belly Dance Love. As soon as I came off stage, Jalya grabbed me by the hand and brought me to cut the gigantic cake- shaped like a belly dancer and decorated amazingly with a turquoise frosting costume with "fringe" made of silver sugar sprinkles. My wonderful dancing friend Layla Smith was also there, with dancer Samantha Hough ( who it was great to finally meet!) in tow.

Upstairs, as I was leaving Archangel, a bartender was juggling bottles like Tom Cruise in "Cocktail" and a bunch of tipsy Norwegians who I later found out were celebrating a birthday, grabbed me and handed me flute after flute of expensive champagne while begging me to swing dance with them to Abba.... so of course, I obliged!

The next day, Ozgen had set up some private lessons for me at his lovely penthouse studio in Belsize Park, a quaint, almost rural section of London. The students were all enthusiastic and well-trained, we had a blast. After that, Oz and I met our mutual friend Charlotte Desorgher for lunch nearby. Charlotte was still recovering from organzing the recent Belly Dance Conference and told us backstage tales of Fifi Abdou and Randa Kamel. That night I didn an interview and photos with UK-based belly dance publication Nafoura. Incredibly,in the middle of the street, I also bumped into my old friend Bridget, my Hollywood neighbor of ten years, whom I had no idea was living in London!

The next morning at 7:00am,the cab came to whisk me off to Heathrow.

I've been home for less than seven days, but this weekend I am off to even more Steve Balderson movies, film festivals and belly dancing! "Underbelly: A Year In The Life Of Dancer Princess Farhana" ( directed by-you guessed it- Steve Balderson) is playing at the Tall Grass Film Festival in Wichita, Kansas. I will be performing at the gorgeously restored Victorian-era Orpheum Theater directly after the screening, doing a Q& A after that, and teaching dance workshops for two full days at Amira Dance Productions. For info on the entire October 24 & 25 weekend events, including the festival and my dance workshops, visit www.amirdanceproductions.com

...and can somebody please pass the Airborne? I'm gonna need it!

**pix; "Stuck!" on the schedule at Apollo Cinema; Jalya and Princess backstage at Archangel by Paul Jordan
Posted by Pleasant Gehman/Princess Farhana at 8:53 PM 3 comments:

Once again I am off to my home-away-from home, London... this time for the world premiere of "Stuck!", Steve Balderson's homage to vintage women-in-prison movies. "Stuck!" will be screening for the first time ever at Raindance Film Festival, the largest Indie Film festival in Europe, showing at the Apollo Cinema in London, near Piccadilly Circus, on Saturday October 10th.

I am so excited for the premiere, but also a little nervous, as are the other women in the cast...because we haven't seen the movie yet!

The past month has been spent at home- pretty rare for me these days! It has been great to have a break from travel...I have been working on new choreographies and costumes, re-bonding with my boyfriend and cats, teaching local classes and workshops, writing and reading a lot, mostly dance biographies.

After the UK, I will be attending another film festival- The Tall Grass Film Festival, in Wichita, Kansas where "Underbelly: A Year in The Life Of Princess Farhana" will screen on Saturday, October 24th. I will perform directly after the film at The Orpheum Theater on October 24.

I will also be teaching workshops at Amira Dance Productions in Wichita on October 24 & 25th, contact Terri Dirks for info: dahabeya@hotmail.com

Bon Voyage!
Posted by Pleasant Gehman/Princess Farhana at 10:58 AM 3 comments: