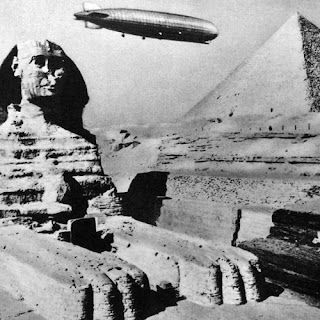 This is Part Four in a four-part series on belly dance travel and tourism. Even with the  social unrest in the Middle East and North Africa, many dancers are eager  to  travel to research, study and immerse themselves in  Oriental Dance.  If you're armed with  some knowledge about the places you'll be visiting  and  know what to expect  before and during your trip, you'll have a much better time.

In this series, I'll cover everything from  keeping healthy and staying safe abroad to buying costumes; from cultural and social differences  to  breezing through security at  airports; from  communicating socially to haggling for a bargain.

I learned all this stuff the hard way… but you won’t have to!

Cultural Differences And Culture Shock
While the countries you are visiting may be fascinating in terms of the museums, ancient sites, and the dancing you will see and learn, bear in mind that many of these places are underdeveloped compared to America and Europe. You may find yourself actually disoriented because it is so different from what your are used to…or what you expected it to be like.  Lack of sleep due to jet lag can also make you crabby or overly emotional, which can sometimes make these disparities magnified.  This is known as culture shock.

The best way to reduce your own culture shock is to inform yourself by finding out as much as you can about a country before visiting it, and to realize consciously that you must be patient, understanding, and open to a new way of life...at least temporarily!

I don’t mean to scare you or burst your bubble, but extreme poverty is rampant in many of the places you’ll be visiting. It’s definitely not all white sand, alabaster temples and pristine ruins.  Undoubtedly, you will see things that will disturb you such as ragged children playing in the dirt or horribly crippled beggars.  It is also not at all uncommon to see many sick stray animals or to witness animal abuse (such as horses, donkeys or camels being whipped) on the streets, either.

I remember being very upset pretty frequently on my first couple of trips to Egypt; when I saw things like this, it made me feel awful and helpless.  But you have to try to process through this, and take an almost detached, anthropological view of things, or it will completely ruin your trip.

I always give spare coins, pens, and cartoon stickers from the USA to kids, and food  (stolen from the buffets my hotel!) to the beggars. I also save buffet scraps for the dogs and cats on the street. That’s about all you can do when you are there. If you are still thinking about this when you get home, you can become involved in donating to a charity or foundation, or putting on a fund-raiser or something like that.  And once you are home, you will also realize how lucky you are and how good you have it!

Some other less troubling cultural differences you might notice are that in public  or on the street: the concept of personal space and physical boundaries are quite dissimilar to what you are used to.  It may be frustrating to you that the signs are not always printed in your own language, and there may not be a number of conveniences you take for granted at home.  Also, the general pace of things will be much slower than what we are used to in the West, and that may start to annoy you.

You will probably find that the service in restaurants and even government offices are incredibly methodical and sluggish, this is also a cultural difference. Many of the   merchants at the bazaars are brazen, unrelenting and often downright obnoxious; again this is typical in the Middle East and North Africa. Tourism is big business, there are endless shops selling the same trinkets, and even if you think you are poor, you’re very wealthy compared to most of the locals.

The best thing to do if you are not interested in shopping is simply to not engage with the shop keepers -in any way. Even looking at merchandise the way you would at home can be a signal that you are ready to purchase an item, which will lead to the afore-mentioned lengthy (and expected) process of bargaining. While you are getting antsy, wishing you could just cut to the chase already, the merchant probably will not notice your impatience, since this type bargaining scenario is commonplace!

A significant difference in the countries you are likely to visit are the customs involving social  interactions between the sexes.

In Muslim countries, women have rigidly defined roles, and each country differs depending upon what degree Sharia law is practiced. For example, if you are traveling with a male companion, don’t be surprised if people you meet speak only to him and ignore you! It’s almost automatically assumed that any man you are with is your husband or a family member, not your platonic pal from back home.

Make sure to keep your interactions with men- even hotel employees, customs agents, merchants or waiters- on the polite, conservative side.  What you see as friendly social behavior might be construed as embarrassing, inappropriately familiar or even a sexual
come-on, which leads us to:

The B-Word stands for Belly Dance.

In the West, most dancers who have never visited these places have no idea how belly dancers are perceived in Muslim counties. While we all struggle to keep the dance “decent” and  “cultural”, in many of the nations that brought us this beautiful art form, belly dancers- no matter how well-loved or how famous they are- are regarded as little more than prostitutes.

I know this may seem impossible to digest, but it’s true. And while I am mentioning this, I might as well add this controversial statement: since religious conservatism has been so sharply on the rise in the Middle East and North Africa, whether you are a dancer or not, the very fact that you are not Muslim - and not covered up modestly -will also make you appear “suspect”. Sure, there are exceptions, but it’s better to err on the side of caution.

Unless you are at a belly dance festival, when you are in public, for your own protection, dress conservatively and please don’t ever let people know you are a dancer!

Personal Safety
While North African and the Middle East used to be among the safest destinations in the world, sadly this isn’t true anymore.
Many of the major cities have almost exactly the same type of crime problems as comparable places in the USA or Europe. Because of this, you may wish to register with your embassy prior to or upon your arrival. Also, in some countries, you may have to register your electronic devices at the airport, to ensure they are not intended as black market items!

While traveling, use the same common sense that you would use in any large city or urban area!

Leave your expensive jewelry back at home, and keep any valuables you’ve taken with you, including your money and passport, in the hotel safe or on your person at all times.  Keep a separate record of your passport and credit card numbers in case you need to have them replaced; make sure you know the phone numbers for your embassy as well as the international numbers for lost or stolen credit cards. Don’t flash your cash or leave expensive cameras lying around unattended, even at hotels or cafes in tourist areas.

Be aware of your surroundings. Keep your purse close; motorbike muggings have been on the rise. After dark, go out in pairs or groups, never alone- and this includes taking taxis that you hail on the street! Always use the “safer” cabs that are from large companies, do not get into any  independent taxi cabs.

Have the front desk at your hotel write out the address in Arabic, so you can show it to cab drivers and they’ll know where to take you.  Negotiate a price for your cab trips before you get into the taxi- many don’t have meters! Keep the phone number of your residence, hostel or hotel with you at all time, in case you get lost.

Since the  Arab spring of 2011, things have been changing rapidly in North Africa and The Middle East.    Sexual harassment, especially on the street, has escalated alarmingly.  Not so very long ago,  the most female  tourists received was blatant staring, but  that is not the case any more. "Accidental" encounters  like brushing and groping  are happening more and more frequently.

The sad truth is that sexual harassment-especially on the street-  is a major problem  for   foreign or native women in Egypt.  It doesn’t matter whether you are full covered or not, it’s rampant. Dress modestly and keep a low profile. Blondes and redheads will definitely receive more attention on the streets, no matter what   sort of clothes they wear. Be prepared for this and take it with a grain of salt, don’t let any unwanted attention-or even good-natured flirtation- get to you.  Earlier I said it was not usually necessary to cover your hair, but you may want to consider it if you’re getting a lot of “interest” on the street!

In case some sort of unwanted physical contact  happens to you, do not be afraid to  make a scene!   Make sure to  be as loud as you can,  there is no such thing  as  “over reacting”. Once you do and the situation has escalated,  anyone near you  will be highly likely to rush to your aid.

Tourism has always been Egypt’s “main export”, and  that goes  double since  The  Revolution- tourism has dropped considerably, and everyone  working in the tourism industry  is aware  of  the economic impact  because of this. Call the  police  and make a report if necessary.

I will say it again- NEVER go out alone after dark!

That being said  one of the great things about travel is the people you meet. Make new friends with the locals or other tourists, but be wary of completely trusting anyone right off the bat.  Use your street smarts, character assessment  and  judgment.   Have fun, but  weigh the situation  mentally before accepting any offers of a place to visit or stay with your newfound acquaintances.

Do not accept drugs from anyone. Don’t accept cocktails-or any drink, for that matter (which might be drugged) unless they come directly from the bar.

If you feel unsafe at any time, remove yourself from that situation immediately!

Make sure to ask permission before taking a photo or video of any locals or people you do not know.

Never take photos of anything related to the military or national security; it’s usually against the law!

This includes some monuments, government buildings, police officers, soldiers, and any police or military vehicles, border crossings and the like. When in doubt, ask before you shoot.

Make sure you communicate regularly with your family and friends at home, and let them know your whereabouts, especially if you are visiting multiple destinations.

Be a savvy traveler and you’ll have a fantastic time…Bon Voyage!

Posted by Pleasant Gehman/Princess Farhana at 10:13 AM