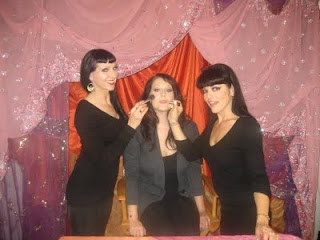 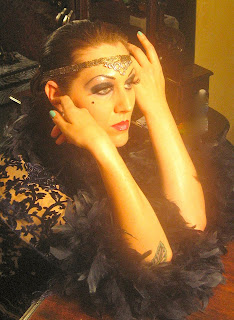 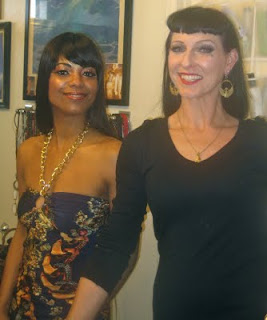 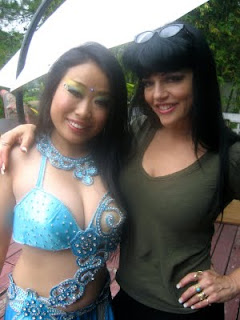 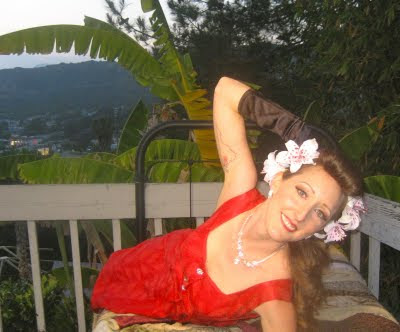 The "Bombshell: Dramatic Make-Up For The Stage, Photos And Glamorous Occasions" instructional stage make-up DVD is a wrap!

Our two-day shoot was quick-paced and crazy fun. There were so many pretty girls ( and lots of cosmetics) all over the place. The clean-up process was just insane. Lipstick-stained tissues, stubby eyebrow pencils, used cosmetic sponges and false eyelashes littered the floor. Our crew- cameramen Anthony Pedon and Anthony Ferrari, still photographer Dusti Cunningham were the only men around. Our make-up assistant Silvina Knight and our production assistants IrinaXara and Liz Heard were kept busy the entire time cleaning up after Devilla and me, as we did the faces of our lovely models: Jennelah, Deborah, Shauntel, Lori, Jewel, Lapis, and Lisa Marie.

The DVD will now go into post-production, and should be available by early fall 2011. It may even be available earlier. Of course, as soon as it is, i will let you know! You will be able to purchase it at www.princessfarhana.com , among other places.

The pictures are a a few of the highlights from the shoot:

#3DeVilla and her model, Diamond Debbie in the "Golden Goddess" look, designed by DeVilla

#5 Model Jewel in the Pin Up look created by DeVilla
Posted by Pleasant Gehman/Princess Farhana at 9:38 PM