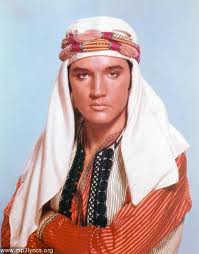 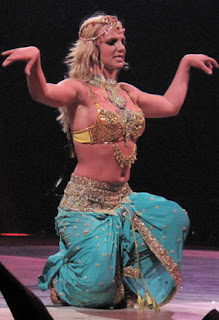 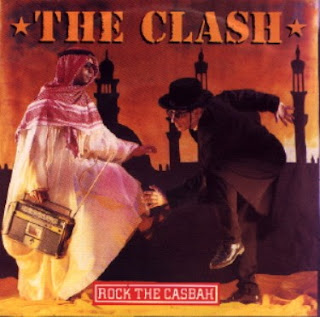 Before I started belly dancing I was a confirmed rock ‘n’roll chick. For years, I went out to clubs almost every night to listen to live music, rockin’ torn up fishnets and leather jackets. My record collection was huge, and I enjoyed music of all genres… as long as the songs I was listening to had “that certain something”.

Shortly after I became obsessed with belly dancing- and had been listening to Middle Eastern and North African music non-stop- I began to make a connection and realized that many of my favorite western pop songs all had something in common.

The certain something they all had was that many of them featured some sort of Arabic influence, whether in the time signatures, minor-keyed chord progressions, subject matter in the title or lyrics, or the use of certain sounds, like the sustained drones in The Velvet Underground’s “Venus In Furs”. I loved The Stones in their Moroccan period, U2’s “Mysterious Ways" not only had an amazing riff but they also featured a belly dancer in the video for the song, and I couldn’t get enough of Led Zeppelin’s “Kashmir”.

Later in my career, bringing this all to full circle, I performed twice for The Rolling Stones, and appeared belly dancing in the 2002 music video for "Addicitive" by R&B Truth Hurts, featuring Bollywood samples and guest starring Rakim.

You can see me belly dancing towards the end of the video here:

Thinking about all of this the other night, I compiled a list of these unique songs just for fun, off the top of my head. Aside from the absolutely obvious, such as Sting's "Desert Rose" featuring Cheb Mami, lots of Shakira's work or pretty much anything by Natacha Atlas, quite a lot of songs made my impromptu list.

All of these western tunes-of all genres- feature a Middle Eastern sound, some sort of lyrical reference to Middle Eastern-influenced fantasies, or use Arabic or Indian musical samples.

Here’s what I came up with:

PAINT IT BLACK The Rolling Stones

VENUS IN FURS The Velvet Underground

ROCK THE CASBAH The Clash

I WANNA SEE YOU BELLY DANCE the Red Elvises

ON THE NILE Egyptian Lover

CITIES IN DUST Siouxsie & The Banshees

LUCY IN THE SKY WITH DIAMONDS The Beatles

Can you think of any more songs like this?

PHOTOS: ELVIS IN THE 1965 FILM "HAREM SCAREM", BRINEY SPEARS RAQQIN' OUT, COVER OF "ROCK THE CASBAH" BY THE CLASH

Posted by Pleasant Gehman/Princess Farhana at 9:35 AM